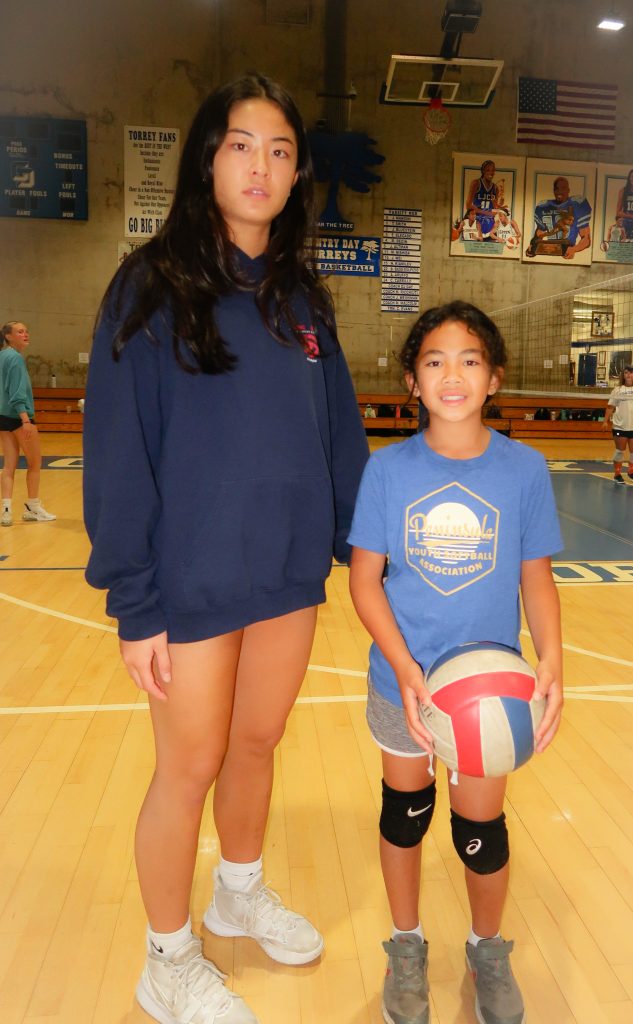 “It’s nice to take a step back and help out the younger kids,” said Gaby Javier, a collegiate volleyball player at Country Day. Javier, teammate Samantha Grabb and other players led elementary school girls through a scrimmage at the LJCDS gym.

For Javier, 16, the four-day summer camp was a relaxing break from school and club training. Nonetheless, it still linked to her main sport as Torrey and kept her connected to the game.

“Some things you only learn through sport,” says the aspiring junior and explains how her “insider knowledge” helps her and, in turn, the young campers. Another thing that impacts how she helps as a camp counselor is her own trainers: “We have trainers that have influence,” she shared. “Not everyone learns the same way. Sometimes it clicks when a certain coach works with you.”

At the private school, Jennifer Turner runs summer camps not only in physical education, but also in cooking, Spanish, rock climbing, playing keyboards, “fashionistas”, art, robotics and much more. In the junior high schoolyard, students in first through fourth grades measured ingredients and opened containers to make a delicious peach bread pudding (which this reporter tried) while practicing math skills, collaborating, and following directions from someone who isn’t Relative, which changes the kitchen skill scale a bit.

“Before COVID,” Turner said, “we had a lot of international families wanting to spend the summer in San Diego and we enrolled their kids in summer camp. That has been muted due to COVID but we still have families that do.”

Emphasizing the connection between academics and extracurricular activities, the camp director pointed to the school’s Global Youth Leadership program for grades 5 through 8, which brings together students around the world to discuss topical issues according to age level.

Grabb, Javier’s taller teammate, who plays left-handed opponent at net on the right, said: “We try to emphasize camaraderie and teamwork at camp. We have skill levels, so with some girls it’s more finesse (shaping their volleyball skills). For others, it’s a way of introducing them to the game.”

Assistant trainer Allan Jeffrey oversaw the two scrimmages in the gym, as in one group some girls wore tutus in a dress-up style on the last day of camp. Everyone had lots of laughs and the campers seemed to be having a fun time while also sharpening their skills.