It capped a lively back-and-forth after Ben Walker scored the only goal of the first half and it stayed that way until a four-goal volley within 12 minutes.

Felipe Renz equalized to make it 1-1 before Jonny McKee and Raimundo Valenzuela shared the goals to make it 2-2 and progressed to the final where Madeley eventually sealed the deal.

This was the first of three encounters with the South American side this week, which included two games against Austria on Saturday and Sunday, played for the first time at a venue that hosted international ice hockey.

Indeed, these are the seniors’ first internationals in Dublin in over three years, with the grandstand, scoreboard and countdown clock now in place, with further expansions leading up to the upcoming EuroHockey Women’s Championship qualifiers. 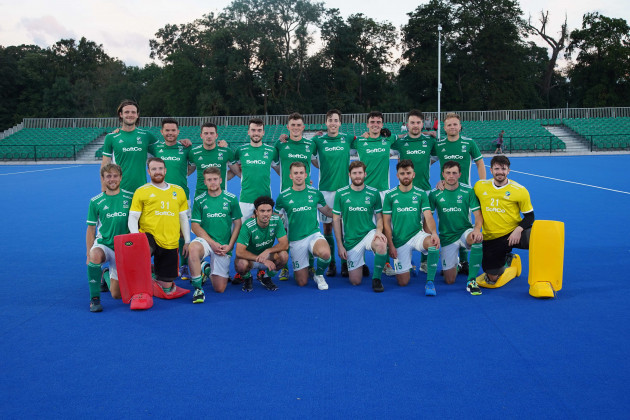 The Irish squad ahead

That tie featured high pace from the start as Conor Empey fired a shot just off the post in the first quarter. Walker opened the scoring when a half-goal got in the way and he smashed in from close range.

It stayed that way until half-time when James Milliken made two big stops from Chilean corner kicks while Adrian Henriquez did the same through sharp efforts from Jonny McKee and Nick Page.

Ireland held the upper hand for most of the third quarter but were pushed back 20 seconds before the final break when Felipe Renz made a sharp turn from a Juan Amoroso cross that deflected him from close range.

The lead was restored when McKee landed a backhand shot from a quick free-kick from Daragh Walsh and aimed at Walker on the left, who returned the ball to the center – a neatly worked move.

Chile reacted again, Raimundo Valenzuela deflected a long pass into the middle at the right post in the 51st minute.

But Ireland finished strongly, winning a quarter of corners in the final minutes, with Madeley clinching the last one home to make it 3-2, giving a small boost to their world rankings quotient.

They meet Chile again on Wednesday night at 7.45pm at the Sport Ireland Campus.

Get closer to the stories that matter with exclusive analysis, insights and discussions in The42 Membership