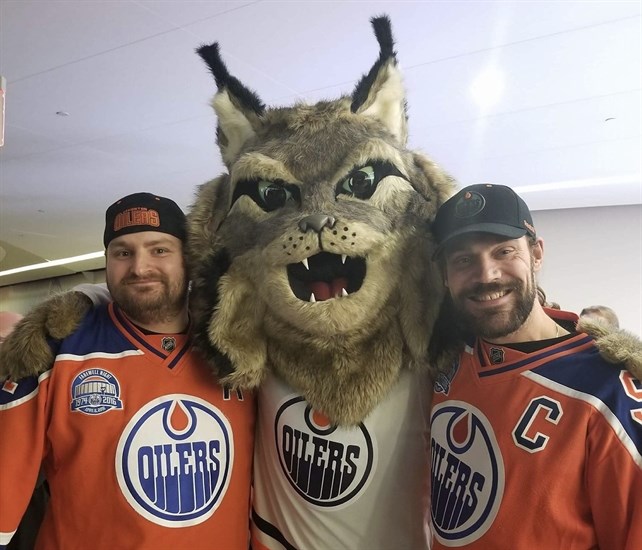 Edmonton Oilers mascot Hunter the Lynx will be participating in the Okanagan Mascot Games.

Shortly after the Edmonton Oilers wrap up this year’s playoff run, the team’s mascot – Hunter the Lynx – will be coming to West Kelowna for another contest.

But instead of cheering on the athletes from the sidelines like mascots do, Hunter will be in the middle of competition, competing against his fellow mascots at the Okanagan Mascot Games.

According to OMG Founder and President Cori Inman, the event will recruit many of their talents from the Southern United States, where mascot culture is a big deal.

One of the southern mascots coming to West Kelowna is Ringo, who represents the Texas Stars, the Dallas Stars’ farm team.

“We keep the popcorn far from him,” Inman said after seeing some of his antics on Twitter.

The local events also give the youth the opportunity to complete the mascot boot camp, where they can complete the training while wearing the costumes.

“Nobody knows who you are when you wear this costume — it allows you to entertain an audience as someone else entirely,” she said. “You can really let go of your inner child.”

And while it might seem like a silly hobby, Inman said there are universities in the US that offer full scholarships to mascots.

The Okanagan Mascot Games are held at Royal Lepage Place in West Kelowna. The fun begins on July 18th with Mascotopia and continues all week leading up to the July 23rd and 24th games.


To contact a reporter for this story email Dan Walton or call 250-488-3065 or email the editor. You can also send photos, videos or news tips to the newsroom and enter a monthly prize draw.


We welcome your comments and opinions on our stories, but play nice. We will not censor or delete comments unless they contain off-topic statements or links, unnecessary vulgarity, false facts, spam, or obviously fake profiles. If you have any concerns about what you see in comments, email the editor at the link above.