Taylor’s Takes: How far our sport has come 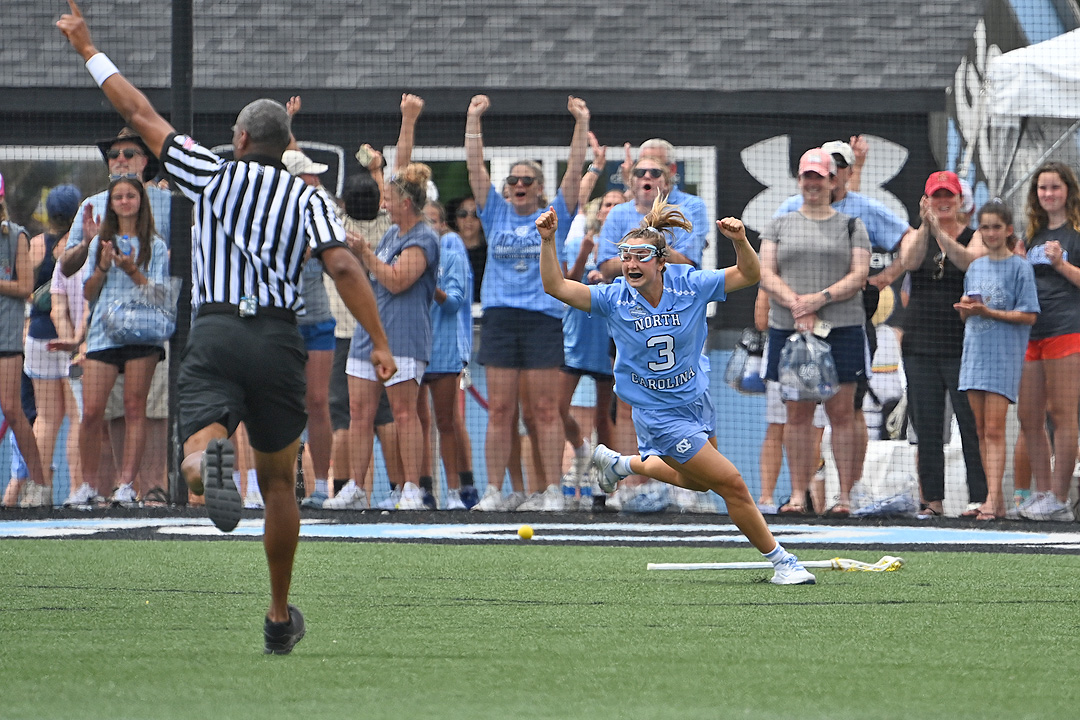 What a weekend and what a year for women’s lacrosse.

It’s been such an exciting season for so many reasons and capped off with one of the best championship weekends our sport has ever seen. There was drama, comebacks, and now there’s a new champion in town.

Here’s to the new champions and a recap of Taylor’s 2022 season takes from last weekend.

As I mentioned, this year’s championship weekend was one of the best I’ve seen in recent years. We saw pretty crazy weather, sold out crowds, two comeback wins and three games, all of which ended in a goal.

All of this drama was also shown on ESPN for the first time in history for the world to see and is no doubt helping to propel our sport forward for years to come. It was absolutely thrilling to see so many people in the stands at Homewood Field.

Honestly, as I sit here writing this article, I’m just so proud to see how far our sport has come and I’m both hopeful and excited for how far we can go.

North Carolina was the last team standing as the Tar Heels lifted the national championship trophy. They were challenged to the end by a brave and determined Boston College team, but the heels proved too much for the Eagles for the third time this season.

UNC finished 2022 unbeaten – a remarkable feat – clinching their third title in 10 years and first since 2016. The talent, depth and experienced leadership of this year’s UNC roster was overwhelming, and it’s so much fun made to watch them compete. Simply put, they’ve been favorites all season and managed to keep their composure in their last two games on college lacrosse’s biggest stage to win it all.

PLAYER OF THE YEAR

Co-Attacker of the Year 2022: Jamie Ortega and Charlotte North

Both Ortega and North have influenced the offensive end like no other this season (except maybe each other). They each play very different styles of lacrosse, but are both very effective in their positions. North took home the Tewaaraton Award for the second year in a row Thursday night, and Ortega was the ACC’s attacker of the year. I don’t get to choose (and luckily I don’t have to) so they earn co-attackers for me!

Midfielder of the Year 2022: Ally Mastroianni

Mastroianni exemplifies what it means to be a true collegiate midfielder. She finished the year with 48 goals, nine assists, 20 ground balls, 12 turnovers and 135 draw controls. Her impact across the field and overall consistency in the game was so impressive.

Defender of the Year 2022: Emma Trenchhard

Trenchard’s consistent play in the second half of the season helped anchor the defensive unit and later ignited the spark for the entire UNC team. She has consistently held her own against the country’s top offensive threats and has done an impeccable job of minimizing her game impact during both the conference title and national title game.

Goalkeeper of the year 2022: Emily Sterling

Sterling helped the Terps go from an NCAA second-round loss in 2021 to a 19-2 record in 2022 and a Final Four appearance. Sterling was the backbone of Maryland’s solid defensive line, making 169 total saves during the season with a 53 percent save rate.