The series’ first APAC team will partner with a retired soccer star. 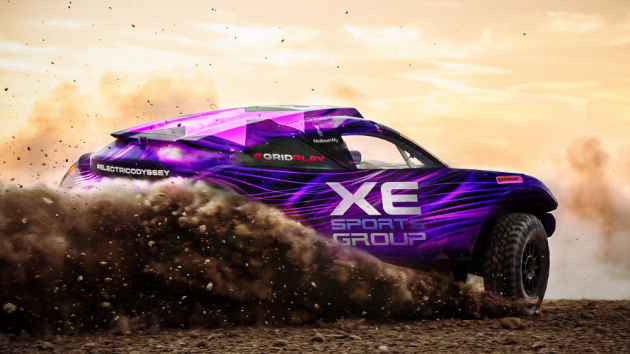 XE Sports Group announced today that it will be entering all-electric sport for the purpose of Extreme E starting next season.

Extreme E marks a major milestone in global reach as XE Sports Group becomes the first Asia Pacific (APAC) based team to compete in the series.

XE Sports Group is the Impact Sports Division of EVDirect.com, the distributor of BYD Passenger Vehicles in Australia and New Zealand.

The investment and participation in Extreme E will enable XE Sports Group to showcase BYD’s luxury vehicles and raise awareness in Australia and across APAC of the benefits of electric vehicle technology.

“Since its inception, Extreme E has proven to be a major magnet for both extreme racing and climate awareness plus diversity, which fits perfectly with XE Sports Group’s focus on raising awareness of global climate and social challenges and making a real impact on the ground, at the local level,” said Luke Todd, director of XE Sports Group.

Cahill said he’s excited to connect the world of professional football with Extreme, saying, “I’m really excited to be part of this team. The combination of exciting, competitive races and leaving a lasting, positive impact makes the sport absolutely unique. We want to bring a meaningful new audience to Extreme E from the millions of football fans around the world.”

Todd added: “XE Sports Group will bring our own climate science and legacy program into Extreme E to complement the existing Extreme E program with XE Sports Group to launch an Asia Pacific Foundation with the goal of reducing poverty and increase living standards through the adoption of technologies such as the use of second-life lithium batteries combined with solar exposure in remote or impoverished locations.

“In competition, we join Extreme E to race and win. We will deliver a world-class racing package and look forward to competing against teams such as X44, Rosberg X Racing and JBXE as well as the rest of the top-flight field.

“Australians are known for excelling in the sports arena and we aim for no less in Extreme E. We will drive around the planet and race to win.”

Alejandro Agag, Founder and CEO of Extreme E, said: “We warmly welcome Luke and the XE Group to Extreme E and can’t wait to see how the team fares in their racing debut.

“Not only that, it’s great to see that the team’s goals so closely mirror our own in terms of climate and community impacts, and we’re very excited about the opportunities we have on those shared goals.”

“The grid is really filling up now and it’s great to have our first Asia Pacific team with us. This championship is growing and the countdown to Season 3 begins now!”